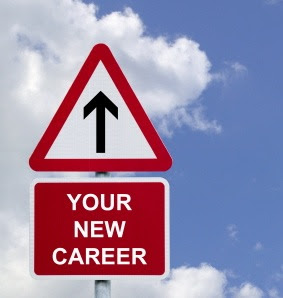 I was at a college campus last week for a wellness fair with Erin Diedling, MEd, another therapist from the Awakening Center. We were talking to the students about all the different groups, workshops and counseling options that are available at the Awakening Center for students. While we were talking to the students we would ask them what they were studying. Many students talked about how they had changed their major several times and still weren't sure what they wanted to study. Some said they liked one course and then decided to major in it. You could see the uncertainty and anxiety in their faces.
Only one student talked about how she had decided on her unique career choice after a lot of time and hard work deciding on it. I started to think about how so many young people end up making career choices that aren't right for them. They end up 5, 10 or 20 years down the road finally “waking” up and realizing how unhappy they are in their careers.
How so little time is spent on one of life's major decisions that would have such an impact on the quality of their lives. They end up making choices based on one part of themselves. I want to live in a great house so I'll be a doctor. Or I have to get my parent's approval because they are paying for college. Or this major is easy and I'll get good grades. Or I'll do this because there are always jobs in this.
One of the most important decisions of their lives could be based on just one belief. Kind of like throwing a dart at a dartboard and hoping you'll get a bullseye. How many wrong paths and how much unhappiness could be avoided if they were given the opportunity (and took it) to make the decision from a place of self-understanding. If they spent time with someone who could listen to them with no agenda and help them sort through what their true passions and natural abilities are. Help them find out who they really are hidden underneath the expectations and beliefs of others. Someone who could help support them as they started to move forward towards their passion. What a difference that could make in their lives early on. How much frustration and unhappiness would be avoided from wrong career choices by taking the time early on to get to know yourself and make your career choices from a place of self understanding?
Maureen McNichols, LCPC is a therapist in training at the Awakening Center who is one of those who “woke up” and is now pursuing a career she loves! She co-leads the Tuesday evening ANAD Eating Disorder Support Group at 7-8:30pm. Contact her at (773) 929-6262 x12.
Posted by The Awakening Center at 9:10 AM