What Does It Mean to Be Recovered? 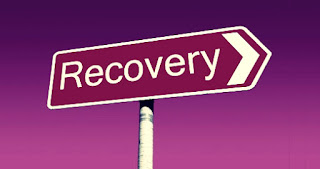 By Michel Harris, MS, RD, LDN, CDE
With most illnesses, a person is recovered once their symptoms have resolved. However, with eating disorders, it's not this simple.

For safety reasons, many of the medical symptoms associated with eating disorders must be resolved prior to discharge from an in-patient program. However, even though discharge criteria has been achieved, there is still a lot of work to do. All types of eating disorders are composed of an accumulation of misguided beliefs and behaviors associated with food. In most cases, one has suffered with his or her disorder for years, so it stands to reason that a few months of intense therapy before transitioning to out-patient treatment is not enough time to change all of these beliefs and behaviors.

There are several opinions and science-based definitions as to what it means to be "recovered" from an eating disorder. The results of research studies can rarely be applied to a whole population, and this concept applies to our definitions of recovery; they do not apply to every single person with an eating disorder.

So the question still remains: what does it mean to be recovered? Overt signs include:

Being able to accomplish daily tasks and be productive without obsessive thoughts about food
Going to a restaurant and ordering what he or she really wants, not the item that is the healthiest or safest. Exercising without the main goal being weight loss

I can go on and on, but you get the picture. Each person's recovered state is individualized, and a major portion of out-patient therapy is spent exploring and identifying what that means. Some behaviors that are considered disordered for one client may not be so for another. A good example is food choices. A few years ago, I worked with a client who questioned whether she was recovered because she still did not eat desserts. Further probing revealed that prior to her disorder, she did not have a sweet tooth, but she did enjoy savory snacks. Since she was able to enjoy the savory snacks (among other factors), we concluded that yes, she was recovered. However, the client who enjoyed cheesecake before the onset of the eating disorder and still experiences anxiety when trying to eat a small slice is still in the process of recovery.

You might feel frustrated because I have not provided conclusive and specific criteria for what the "recovered" mean; but each client has his or her own unique recovered state that must be patiently pursued with the help of the treatment team.

One last thought. The surfacing of an eating disorder thought or behavior that had been dormant for years does not indicate a relapse. Remember, years of disordered eating–related thoughts and behaviors can be reversed but are likely to surface on occasion. The recovered person is able to acknowledge when this happens and apply coping mechanisms to resolve the issue.

The important point here is that although it might emerge differently for everyone, full recovery is possible. So go for it!