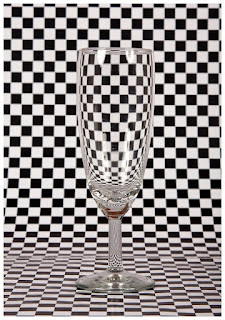 As you know, for a long, long time, I’ve been writing a book about Recovery from Eating Disorders – and finally I am in the process of doing the final “hard edit.”  This means that many good sections of the book are being cut.  I’ve been saving these sections in a file I call, “Good Stuff That’s Been Cut From The Book.”
So I’ve decided to share these sections with you via our Blog.  This one is about Negative Core Beliefs and Black-and-White Thinking.  FYI - The Bully and the Outcast are two of your ‘Parts’ in their negative extreme roles.
Namastè,
Amy Grabowski

…Like the Bully, the Outcast also has distorted thoughts that reinforce negative Core Beliefs.  Black-or-white thinking is common, “There are good people and bad people.  If I do something bad, I am a bad person.”
Black-or-White thinking can be tricky, sometimes it’s not directly stated, it’s merely implied.  We need to dig a bit to reveal the Black-or-White thought distortion.  When your Outcast thinks, “I’m not lovable,” it implies that you, the whole person, do not possess one lovable quality and not one person in the entire world finds you lovable.
When my clients say, “Nobody likes me,” I respond in a warm but teasing tone, “Wow!  Even all the people in Asia?!  I didn’t even know that they all knew you!”  Usually the next response will be more realistic, “Well, no one at my office likes me.”  But not to concede to the distortion in even that thought, I question, “No one?  Not even one?”
At this point I’ll get one of two responses, a realistic response or another distortion.  A realistic response would be, “Yeah, I’ve got a few friends at the office.  But the office manager, Joyce, acts like she doesn’t like me.”  At this point I will ask, “How does that statement feel compared to when you said nobody likes you?”  Usually it feels much more manageable, something we can work on, something we can fix.
More often than not, instead of a realistic response, my question will elicit a very insistent distortion, “But it feels like no one likes me.”  In his book, Feeling Good, David Burns calls this Emotional Reasoning - believing something to be a fact merely because it feels like it is true, even if there is evidence to the contrary: “If I feel it, then it must be true.”
Emotional reasoning is based on our Core Belief System.  For example, if most people at work show signs of liking you: they smile at you, and show interest in your weekend activities, this would clash with your Core Belief that you are not likeable.  So, you get rid of the evidence, “They don’t really mean it.  They just feel sorry for me.  They must want something from me.  You can’t trust others.”
Sometimes the Outcast may even invent evidence to support her Core Beliefs.  For example, if you believe you are boring, every time someone glances away while you are speaking, the Outcast may think, “See, I was right.  They are bored with what I am saying.  I am boring.”…

Amy Grabowski, MA, LCPC is the director and founder of The Awakening Center.  She hopes that her book will be accepted for publication this year!!! You may contact her at awakeningcenter@aol.com or (773) 929-6262 x11.