Breaking the Cycle of Silence

Tomorrow marks April 1st and the beginning of Sexual Assault Awareness Month. As I write this I am reflecting on my past year which has culminated in an event at The Awakening Center on April 15th that I am excited to share with everyone.

On Friday April 15th, from 6-9pm The Awakening Center will be hosting “Breaking the Cycle of Silence” where we will screen the documentary Searching for Angela Shelton followed by a discussion on sexual violence and the silence surrounding the issue in our society. The documentary tells the story of Angela Shelton as she travels across the United States interviewing women with the name Angela Shelton. During her journey, Shelton discovered that over half of the participants had experienced some type of sexual violence in their lives. As I watched this documentary for the first time as a freshman in college, the gravity of the film did not fully hit me. It was not until participating in DePaul's “Take Back the Night,” an event focused on ending sexual violence towards women and girls, that I realized how prevalent sexual violence is in our society, yet remains largely unspoken about.

A portion of “Take Back the Night” is set aside for a speak out where participants are allowed to open up in a safe space and discuss how sexual violence has impacted their lives. The speak out allows for these people to have a voice and break the pervading silence regarding this issue. As I sat through the speak out, it finally hit home that people I was close with had personally been affected by sexual violence throughout their lives. I could not believe that this was something I did not know about my friends, people I talked to on a regular basis and cared about. Finally, I realized just how prevalent this issue is in our society and realized just how many people I knew had experienced some type of sexual violence.

Remaining silent only continues to allow for sexual violence to exist. It keeps the feelings and emotions someone may feel after experiencing it bottled inside as a secret. This cycle of silence allows for us to turn our heads rather than dealing with and stopping sexual violence, not just towards women, but anyone.

According to the Center for Disease Control, 1 in 6 women and 1 in 33 men report experiencing sexual assault during their lives. On college campuses 1 in 4 women report being raped during their time as a student. Due to many factors including shame and embarrassment, it is believed these numbers may be underreported.

Join The Awakening Center on April 15th from 6-9pm to raise money for Rape Victim Advocates of Chicago, a non-for-profit looking to advocate for victims of sexual violence and change the way our system deals with sexual violence, and to begin a dialogue to help break the cycle of sexual assault and violence.

Katie is an undergraduate intern from DePaul University and a recent cast member of DePaul's 2011 production of The Vagina Monologues. She can be contacted at kainfusino@sbcglobal.net for more information on “Breaking the Cycle of Silence” or to reserve your spot on April 15th.

We are asking for a minimum $9 donation/$5 donation for students. All proceeds benefit Rape Victim Advocates. For more information on RVA visit: http://www.rapevictimadvocates.org/

Posted by The Awakening Center at 7:23 PM 2 comments:

The Patience of Trees 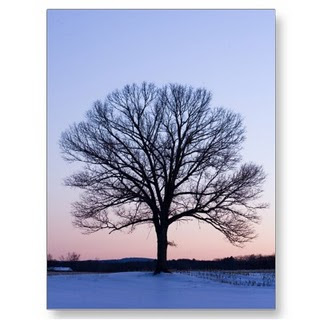 Today, while I am writing this, it is a warm, sunny and beautiful spring day! (Although the office start of spring is not until next week.) I saw the first crocus blooming in my yard! The birds are making their way back north! I've noticed the skunks have become active at night while I walk my dog. A hint of green is being to show in my lawn.

While January 1st begins the New Year, I usually don't get around to thinking about new beginnings until it's sunny and warm. Each spring I notice a Part of me feels antsy to start something new and this Part gets impatient. It wants to abandon projects that are still unfinished. It wants to rush headlong into something else.

The other day while meditating, I noticed that high above, the clouds were racing by, even though it was a windless day down here on earth's surface. As I watched the clouds they reminded me of my own antsy feelings - the clouds hurried by seemingly without thought or goal - abandoning where ever they had been and rushing to get somewhere else. I noticed what it felt like when a Part of me hurried without thought or goal - not a pleasant feeling, but very familiar to me.

Then I shifted my focus and observed the two maple trees out my office window. The trees were bare of leaves and motionless. They seemed to be waiting, patiently. They knew there time to bud and bloom would come, but were not in a hurry to do so. The trees seemed calm, and I noticed the Antsy Part of me calmed also as I observed the trees' patience - not a familiar feeling, but very pleasant to me.

The rest of the day I would purposely glance out the window and breathe in the patience of the trees. Deep inside, in a place of peace within, I knew there was a time for everything and I did not need to hurry without thought to get where I was going. I could finish what I had started. I could wait for the time when something new would present itself to me.

I encourage you to emulate the patience of the trees. There are some things we need to wait for - and waiting calmly knwoing that it will come in it's own time can help our Parts feel calm too.

Amy Grabowski, MA, LCPC will be hosting a workshop "Freedom from Anxiety" on Sunday May 1st. For more information contact Amy at (773) 929-6262 x11 or awakeningcenter@aol.com
Posted by The Awakening Center at 9:43 AM 3 comments: 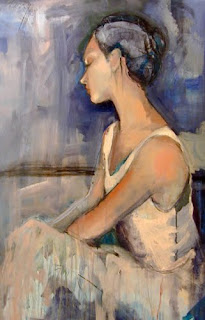 Transitional periods in time are about as much fun as a trip to the dentist. You don't always know exactly where you are going to wind up on the other side of the transition, you don't always know exactly how to make it to the other side, and just like the dentist there may be some slight discomfort. Learning how to manage the discomfort during these periods of transition can be quite helpful and the transition more smooth.

While sitting with your emotion you may find it beneficial to introspect on how you are feeling during this time. Where in your body do you feel this emotion? How does this emotion physically feel? Recognizing things like this can help you manage the emotion from the immediate onset.

Following the decline of this emotion, I find it important to look back on the situations leading up to this feeling. What brought me to feel this way? By pinpointing specific patterns, I can prepare myself in similar situations to handle the emotions that may occur as a result. Having a plan in place can also help me reduce the intensity of these feelings making the discomfort more manageable.

A high school English teacher of mine once said that in life you must experience discomfort in order to grow and progress as a human being. Transition can be filled with discomfort, but knowing that it leads to something better can help you reframe the entire experience. Sitting with your emotions during this time, understanding your emotions and being prepared all can make this period of transition much smoother.

Katie is an undergraduate intern from DePaul University. She co-leads the Tuesday night Drop-In Support Group. Katie will also be leading the event "Breaking the Cycle of Silence" April 15th which will focus on the silence surrounding sexual assault and abuse in our society. For more information on the event she can be reached at kainfusino@sbcglobal.net

Posted by The Awakening Center at 4:57 PM 2 comments: