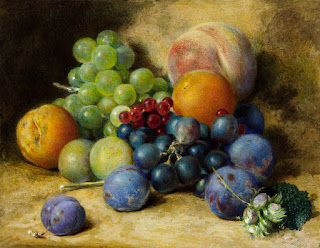 
Posted by The Awakening Center at 3:25 PM 2 comments: 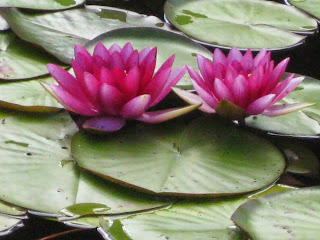 By Nancy Hall, MA, NCC, LPC
In an effort to take the “manic” out of “Monday,” this weekly post explores techniques, issues, latest research, and other thoughts on meditation. Nancy facilitates a weekly meditation group at The Awakening Center. For more information, contact her at 773.929.6262, extension 17 or nancyhalltac@gmail.com

Meditation often brings relaxation to the body. Jaws and fists unclench; brows become smooth. And something new experiences can happen when the shoulders loosen--the heart opens up.

We often carry our burdens in our shoulders. Without even realizing it, they creep closer and closer to the ears. This tension-related shrugging also pulls the shoulders forward, drawing the area around the heart back. The shoulders bear our burdens and protect the heart.

At the weekly meditation group at The Awakening Center, before embarking on any guided imagery, I take participants through a progressive relaxation of the body. This is so important because if the body is held in a state of “readiness” and hypervigilance, the meditation experience becomes very narrow. We cannot allow our awareness to expand if we’re in a defended posture. Additionally, important information can be gathered by noticing which body parts don’t soften so easily. What is being communicated? What needs extra kind attention?

When we get to the shoulders, I usually instruct participants to allow them to gently drop down and back. Allowing the shoulders to loosen down releases the burden. Slightly back opens the heart area. While this opening of the heart might be challenging and sometimes downright unsafe in the “real” world, I hope that the group is a safe place to experiment with the experience.

Folks who have experienced hurt and trauma heal through building a sense of safety. Within the group, they can practice opening the heart—even just a little bit—without worrying that it will be stomped. They learn to trust their instincts and can begin opening the heart to loved ones—and even to themselves.

Posted by The Awakening Center at 8:25 AM No comments:

By Nancy Hall, MA, NCC, LPC
In an effort to take the “manic” out of “Monday,” this weekly post explores techniques, issues, latest research, and other thoughts on meditation. Nancy facilitates a weekly meditation group at The Awakening Center. For more information, contact her at 773.929.6262, extension 17 or nancyhalltac@gmail.com.

The human brain is a wonder. With it, we can do algebra, learn to drive, and figure out how to make cauliflower palatable. But so much of our energy is taken up by the thinking part of the brain. Rumination. Worry. Obsession. Thinking becomes a dream-like state. A trance.

This trance can become a barrier that isolates. Our ability to take in data becomes impeded. Our bodies from the neck down seem separate from our minds.

Meditation can help us awaken from that trance. By breathing and intentionally connecting to the sensations in the body, we begin to gather new information. Your thinking part may tell you that going on that second date is a good idea, but in the meantime, your stomach is in knots.

Psychologist and meditation leader Tara Brach teaches that the first step in opening up the experience is to listen. Listen not only with the ears but with the whole body. Allow yourself to receive the information that is churning through your body from the inside out.


We have so much information available to us if we just listen fully. This is not easy, I know. Thinking and ruminating can be a defense mechanism for some. Trauma or intense emotions can make listening to the body feel unsafe. It’s OK to go at your own pace—start small by checking in with one neutral part of your body. Feel your feet against the floor. Listen to the sounds outside for 60 seconds.

Take these steps with gratitude.

Posted by The Awakening Center at 11:05 AM No comments: