Lots of Progress, But Still Far To Go 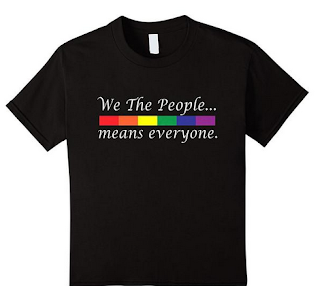 For The Awakening Center’s #awakentoaction, we are celebrating LGBTQ Pride this month!

I was thinking back to the mid 1980s when I took a graduate school course “Abnormal Psychology.” The way the professor taught the course makes it my favorite class, to this day! As we worked our way thru all the various mental illness diagnoses, she taught us that every diagnosis was on a continuum, and we (the students in her class) were on the same continuum too. She wanted to eliminate “them” versus “us” mentality. Rather than “Those people who have Schizophrenia” we could feel empathy for our clients whose symptoms were more profound than what we ourselves experienced.

One day, the professor stopped the class and said, “I am supposed to teach you that homosexuality is a mental illness, but I refuse to do so!” She gave us an assignment. For the following week, we were supposed to pretend that we were gay and we had to hide this from everyone we knew. Some of us who were married, and since same sex marriage was not legal way back in 1984, we had to pretend that we were not allowed to marry our current partners. We were not allowed to hold our partner’s hand in public for fear of getting harassed or arrested. We were to remove pictures of our partners from our workplace, for fear of getting fired! We had to hide who we lived with for fear that we would be evicted from apartments or would not be allowed to purchase a house with our partner.

The next week, the class discussed what it was like to hide something fundamental about who you were deep inside. The reactions ranged from humiliation and shame, to rage and indignation. This experience has stayed with me to this day. And I was relieved that soon afterward homosexuality was removed from the Diagnostic and Statistical Manual.

If we zoom to the current decade, many changes are in place. In many states (but not all), tt is no longer legal to discriminate against a person because of their sexual orientation in housing or employment. LGB individuals can now join the US military. It is legal for same sex couples to marry. Gay pride flags and banners wave in stores and windows throughout our city. The Gay Pride Parade just took place here in Chicago and has become a big summer event.

However this is not enough. We need to continue to move forward with progress in our society to the point that every person, no matter their sexual orientation or gender identity, is treated with respect, worth, and dignity. Every person should be able to live their life without constant vigilance for harassment and persecution. Every religion of the world has a version of the Golden Rule: “Do unto others as you would have them do unto you”; and I would love to see every person of every religion, or of no religion at all, live by this rule.

So how can we help make this change happen?  It starts with ourselves. Those of us outside the LGBTQ community can become allies. A true ally actively combats anti-LGBT bullying and harassment while uplifting the voices of LGBT people. Allyship is more than broadly supporting LGBT people; it's an active, ongoing process of advocating for LGBT individuals (and other marginalized groups) without speaking for them or over them. (https://www.glsen.org/participate/programs/ally-week?gclid=CNW79eG90tQCFQ6taQod408Jiw )

Just as it takes courage for LGBT people to be open and honest about who they are, it also takes courage to support your LGBT friends or loved ones. We live in a society where prejudice still exists and where discrimination is still far too common. Recognizing these facts and giving your support to that person will take your relationship to a higher level and is a small step toward a better and more accepting world. (http://www.hrc.org/blog/how-to-be-an-lgbt-ally )

Amy is proud to be a LGBTQ Ally! 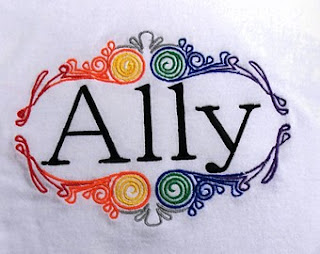 Posted by The Awakening Center at 12:43 PM 2 comments: 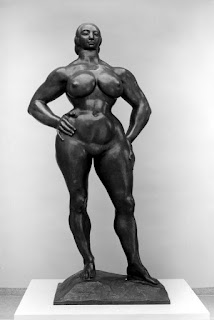 By Susan Morlock, MA, LPC
How much does culture effect body image? Studies consistently support that there is a strong connection between culture and how women view their bodies, both positively and negatively. This can have a profound effect on one’s self-esteem over time.
If we look at African American culture, women and men tend to value a “thicker” body shape. One can see this in Black actresses and role models. Black women tend to not endorse the thin-body ideal and have less body dissatisfaction. Even if a Black woman has a higher BMI she tends to still have higher self-esteem then other cultural groups. Studies show that Black mothers tend to convey their positive weight-related views and, in turn, these views are shared among peers. Overall, Black women take pride in their bodies which sets them apart from some other cultures.
Women in Asian countries encounter body image issues as well. A September 2016 article in Japan Times noted that eating disorders among women 30 to 50 years old has been increasing because of the pressure to be “skinny.” However, some are challenging this norm, including Japanese artist Naomi Watanabe who helped create the “pochakawaii” (chubby and cute) movement.
Young people in Iran are running into pressure to be thin as well as noted in an article published in the Archives of Medical Science in 2013. The researchers found that both high school boys and girls tended to describe themselves as either “overweight” or “obese” even when their weight fell within what was considered to be normal parameters.
Generally, Latin-American women tend to view larger hips, thighs, and butt as a sign of good health. This culture views size 2, 8, or 12 all the same and curvy as good. Jennifer Lopez is a good example of someone considered be a role model for beauty among many Hispanic women and men. Family gatherings tend to be around traditional foods, there is a focus on eating and care giving as a ritual not discussions around body weight and dieting.
A global study of body image found that Mexico is the most “body-confident” country in the world, followed closely by Turkey and Ukraine. A study of Puerto Rican immigrant women found that weight gain was looked on with favor and as a sign of prosperity.
Among women of European origin, especially young ones, there appears to be a strong drive towards being thin. The media has had a strong impact on women and how they view themselves by comparison. This group tends to have the highest rates when it comes to having eating disorders among all the ethnic groups.
There are of course many other cultures in the United States that impact women and how they see themselves however, there has not been a lot of research to establish a relationship between body image and culture. As you can see, culture can have a positive or negative effect on how women view themselves so we can only assume this most likely has an impact among all cultures. Communicating early and often with your children on how they feel and view the way they look is important in any culture and may have the biggest impact and effect on how women see themselves as an adult later in life.


Susan Morlock, MA, LPC is a staff therapist at The Awakening Center. She has specialized training in Dialectical Behavior Therapy, Trauma Therapy using EMDR, Discernment Counseling, Internal Family Systems, and Cognitive Behavior Therapy. Her areas of expertise include anxiety, depression, stress and anger management, job and career concerns, eating disorders, and relationship issues. She can be reached at 773.929.6262 ext. 20 or by email at morlocksusan@yahoo.com.
Posted by The Awakening Center at 1:27 PM 4 comments: